Skip to main content
Sunday, January 24, 2016 - 1:00pm
Baker Hall, Zoellner Arts Center
Activism: A Conversation Between Opal Tometti (co-founder, "Black Lives Matter") and Macklemore (Hip Hop Artist)
Tickets for this event will be free and will be able to be reserved in advance. 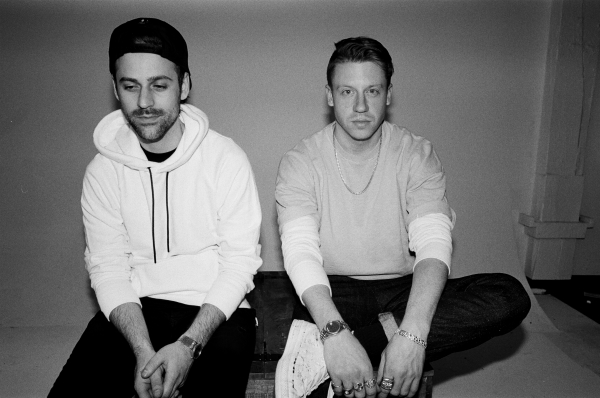 Music as a Force for Social Change
Seattle-based Hip Hop duo, Macklemore & Ryan Lewis recently released “Downtown,” the first single from their follow up to ‘The Heist,’ their multiple GRAMMY Award winning, platinum selling debut album. “Downtown,” which features Eric Nally and Hip Hop pioneers Grandmaster Caz, Kool Moe Dee and Melle Mel, has been performed on the VMA’s and Late Night with Jimmy Fallon and the video has been viewed nearly 78 million times on YouTube. Last month, Macklemore & Ryan Lewis, accompanied by soul singer Leon Bridges performed, “Kevin," a riveting new song tackling the prescription drug epidemic on the American Music Awards.
Macklemore has always used music as a vehicle to tackle social issues, including drug addiction, white privilege and homophobia. For his support of marriage equality and human rights, Macklemore was honored with the ACLU of Washington's Civil Libertarian Award in October of 2014. He has been outspoken about his struggles with addiction, and is a strong advocate for treatment and recovery programs, especially for young people. Macklemore has taken up environmental causes as well, serving as a spokesperson in the campaign to clean up Seattle's Duwamish River. The river is one of the most toxic waste sites in the nation and disproportionately impacts low-income people of color in South Seattle.
He summed up his personal philosophy in a 2012 documentary when he said, "I want to be someone who is respected and not just in terms of my music. I want to be respected in terms of the way that I treat people... Music is my creative outlet in terms of expressing what is important to me; what has importance, what has a value.” During his visit to Lehigh on Sunday, January 24th, Macklemore will join in a discussion with Black Lives Matter co-founder Opal Tometi, on activism in the 21st Century. The conversation will be moderated by Professor James Peterson, who previously interviewed Macklemore for his podcast,
The Remix. The duo is hard at work on their follow up release, and will be visiting Lehigh University in the midst of a U.S. Tour. 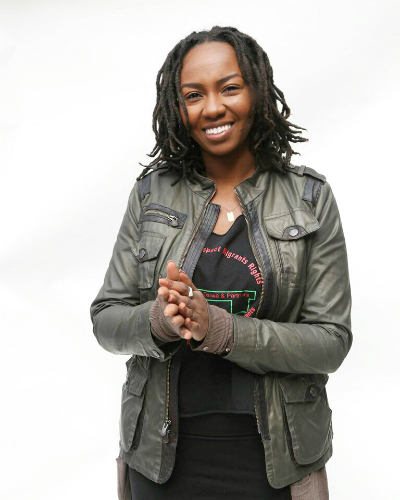 An Act of Defiance
Activist and film maker Bree Newsome will come to Lehigh for a talk that will be moderated by students and faculty. Although she is perhaps best known for climbing up the South Carolina Statehouse flagpole to remove the Confederate flag in the wake of the shooting of nine church members at the state’s Ebenezer Baptist Church, Newsome has long been engaged on social and political issues. Her June 28, 2015 act of defiance involving the Confederate flag led to her arrest for defacing a monument on state grounds. In 2013, she was arrested at a sit-in at the office of then North Carolina House Speaker Thom Tillis for protesting the state’s restrictive voter ID law.
A graduate of NYU’s Tisch School of the Arts, Newsome earned her BFA in film and television. While still in high school, Newsome created an animated short, The Three Princes of Idea, which earned her a $40,000 scholarship from the National Academy of Television Arts & Sciences. At NYU, she wrote and directed a humorous public service announcement called YOUR BALLOT, YOUR VOICE encouraging youth voter turnout. The PSA went on to win Grand Prize in a PSA competition sponsored by Tisch and MTV. Newsome's short film, the award-winning Wake, recently made its national television debut on the ASPIREtv network.
Prior to her talk at Lehigh, Wake, will be screened. A talk moderated by Dr. Darius Omar Williams, Assistant Professor of Theatre, will follow the screening.